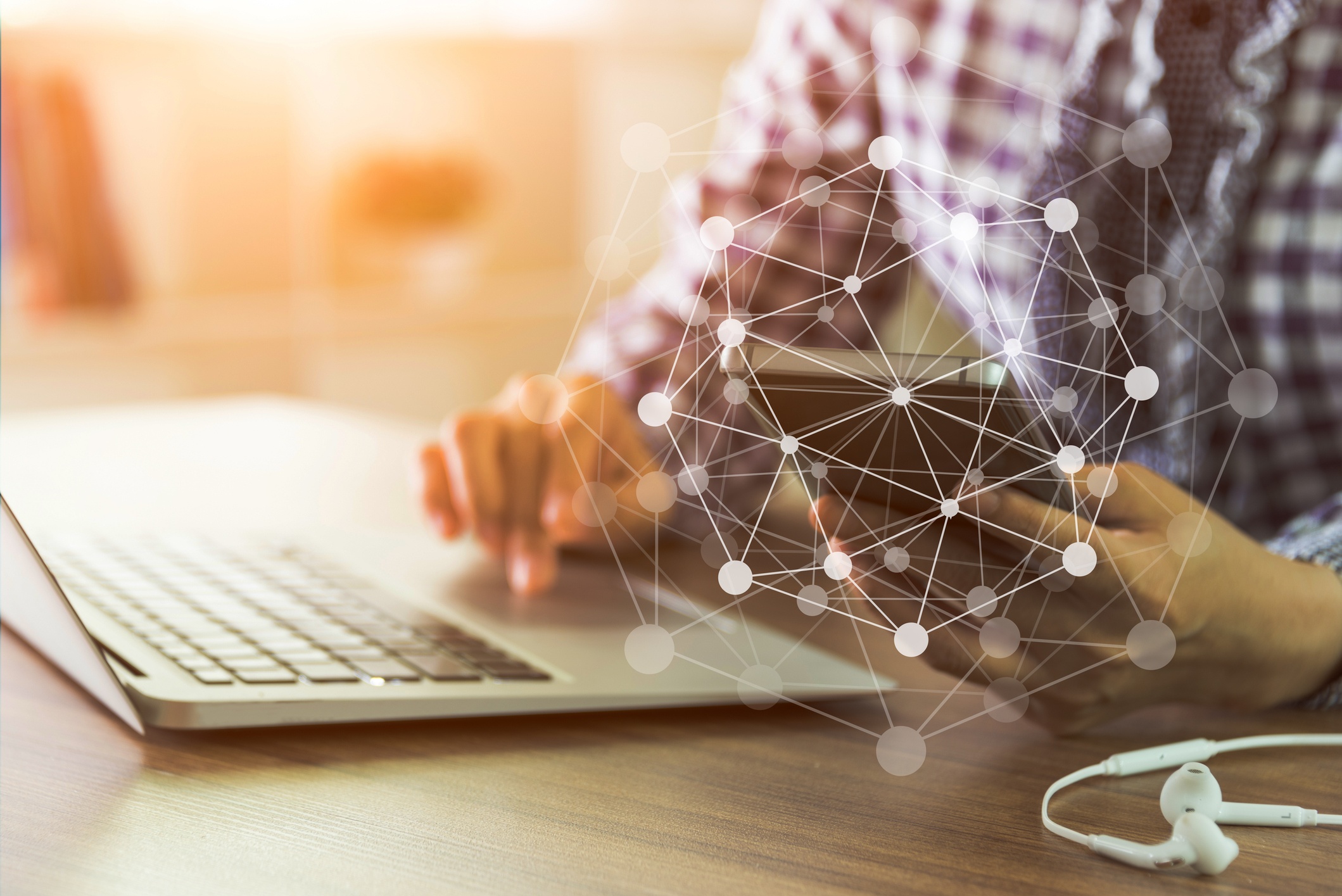 This year’s Next Gen Manufacturing Summit focused on three important industry topics: leadership strategies, growth, and talent. However, it was clear while listening to the panelists speak that it was the leadership styles and tactics that truly helped shape the growth and talent that followed.

Each organization has seen a significant evolution over time. These are the leadership shifts and strategies that helped them to become who they are today in the manufacturing world.

Generac is a global generator manufacturing company which currently has six factories in Wisconsin as well as factories in Mexico, China and throughout Europe. Five years ago, however, only 2% of revenue was outside of the U.S. compared to the 25% that currently is. With $2 billion in revenue in 2018, 50,000 employees and 300 job openings it’s safe to say they’ve grown rapidly in the past five years and are planning to continue down that path.

According to Aaron Jafdeld, being fast, nimble and agile is a key attribute of the company.  Mostly because that’s the nature of their business. With products that are used in hospitals, data centers, cell towers, and during natural disasters, the company has built its strategy around being reactive. “When things don’t work as they should you have to react. When mother nature deals a blow we have to be there, and not a week or a month from now. We need to be there today,” Jafdeld said.

However, Generac hasn’t gotten to their level of manufacturing success without their hardships. When the founder, Robert Kern retired in the mid-2000’s, the management team ran into trouble. Not only was the world in the midst of a financial crisis but it became clear to Aaron that the old way of doing things was no longer working.

Having previously been led in an autocratic leadership style, where only the founder was making key decisions and had control of company growth, Aaron knew that in order to grow he must do something to change the way things were done internally. Only was it when he shifted towards a democratic leadership style, building a leadership and executive leadership team, did the company begin to see significant growth.

“Autocratic leadership doesn’t scale well. Leadership is situational and you need to be able to adjust and pivot your leadership style as called for,” he concluded.

Desert Aire has recently celebrated 40 years of business. In that time, the Germantown manufacturer of commercial and industrial dehumidification systems has gone from a 12 person firm to 100 employees. They’re also pioneering the cannabis industry in Wisconsin. The company’s President, Keith Coursin, has accredited that growth to passion, a willingness to try new things and realizing the value of his team.

One of the most important factors of growth, Keith told us, is to make sure your strategy is clear. “First to your executive team, then down throughout the entire company so that the whole organization understands the leadership vision.”

“Back when it was 12 people I just made decisions, now I meet with the leadership team weekly. We have metrics, we know where we’re going, what’s coming in, what’s gone out, what’s good, what’s bad and how we’re getting new talent,” Coursin said.

Another key factor in his successful leadership of the company has been realizing he’s not the smartest person in the room. “Once you do that, then you can truly be the director of using the talent that you hire and bring in.”

Things must be a collaborative effort and not the result of one person making decisions. He went on to say,  “Getting that team together, recognizing they’re smarter than you, and letting them bring the information to you — the results are there.”

The piece that ties everything together, however, is passion. “The passion has to be part of the statement. If I am passionate, my employees are and that stems down to customers. Growth will be the outcome of passion.”

Carma Laboratories, the family business behind Carmex was started in 1937 as a result of company President Paul Woelbing’s grandfather losing his job during the depression. Despite economic times, the company flourished. Once Paul took over the business many years the company saw a huge growth spurt. Growth so big that the leadership team decided it was time to bring in someone who could better manage growth operations.

The person they chose for that role, was long-term operations employee Rich Simonson. Paul noted, they recognized certain skills he had and knew that he held the family vision of, “Respect for customers. Respect for the company. Respect for the product.” Since Simonson has joined the operations team, the focus has been on adding talent to the company’s execute team, or as he calls it, the warrior team, to push the company into new territories and remain innovative in a competitive market.

He went on to say, “It [growth] starts with retaining and recruiting talent in fields of discipline that are around a branded company and not necessarily a manufacturing company. We manufacture, we’re good at manufacturing, we do 90% of our own manufacturing but the company is going to grow through innovation and product development and really embracing market conditions that dictate that.”

It seems at Carma Laboratories, the ability for the leadership team to recognize their strengths and weakness and when they need help has been their greatest strength.

Frank Carroll has a history of strong leadership, leading some of the most well-known brands in the home improvement industry. Now, as CEO of Hartford, Wisconsin’s Broan-NuTone, he is leading the company with aggressive growth goals to become the market leader.

There has been a lot of change acknowledged the company’s 85 years and Frank has acknowledged that sometimes change and growth is uncomfortable, saying, “Sometimes great leaders aren’t always the most popular person in the room.” However, he does his best to serve as a leader for his company.

His employees describe him as crazy passionate about the business, engaging and insatiable in his quest for growth. The passion he has for the business extends into the decisions he makes for the company and into the expectations he has for his leadership team as he expects the same level of engagement he has from his team.

“Communication is an absolute pillar of the organization,” he said, and it’s something he strives to ingrain throughout the company culture. This includes monthly leadership meetings with top the 40 leaders to talk about goals and how to achieve them, asses the milestones they’ve reached and address solutions to any functional problems.

More specifically, the things he does each day to evaluate if the company is headed in the right direction include evaluating department teams and how they’re aligned, as well as keeping an eye on the competition.

In regards to how each individual department team is functioning, he asks, “Do we have the right people in the right seats for the time and challenges we are facing right now?” This also includes looking more deeply into the alignment of department teams, ie: sales, marketing, operations and supply chain. “Those relationships are critical for speed and If you’re aligned you’re going to move faster. And we as a market leader need to move fast because everyone wants to eat our lunch and take out share,” he noted.

Lastly, he makes sure his team is ‘creating the enemy’ in their mind, referring to the competition. “Take a look and competition and ask, ‘What is the burning platform? What gets people up in the morning excited to work towards becoming the best?’ This is what helps the company remain competitive in the market.

Company visionaries are learning it’s no longer enough to lead alone. Leadership style in the manufacturing industry is taking a more collaborative approach that focuses on teamwork and is customer-centric. We’re excited to see how these leadership shifts take form over the next few years and the changes these leaders help to create as the industry takes a new direction. 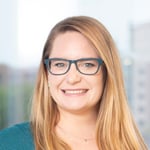 Bridgette has developed a career around content. Her work as a writer and editor began nearly ten years ago, and since she has harnessed her experience working as a ghostwriter for business owners to develop marketing strategies that connect businesses to their ideal audiences through content. When not devoting her eye to content revision and development, she can be found reading, enjoying the diverse and delicious Milwaukee restaurant scene, or taking long road trips to explore America.